Subway Moon
SUBWAY MOON was created in Brooklyn in 2007 by musician and New York City high-school teacher Roy Nathanson. On his daily subway commute into Manhattan, Roy began writing poems and stories. He found that he could write in a focused and private way there despite the subway’s public interior. Nathanson scored these subway poems for his band Sotto Voce, and soon partnered with filmmaker Andrew Gurian who created video interpretations to the music. Together, Nathanson and Gurian expanded the SUBWAY MOON experience into music classrooms, working with students to write original poems and songs about their experiences on public transportation and incorporate visual elements into the work. 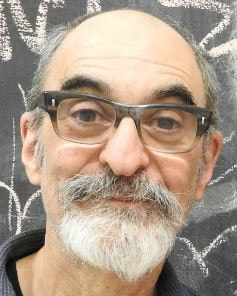 ROY NATHANSON has had a varied career as saxophonist, composer, poet, actor, teacher. After playing with the Lounge Lizards, Charlie Earland and performing in downtown theater in the 1980s, he formed the Jazz Passengers with Curtis Fowlkes. The band has been together for over twenty years, recording and touring with such vocalists as Elvis Costello and Deborah Harry. Nathanson has received commissions from Chamber Music America, New York Foundation for the Arts, Meet the Composer, the National Endowment for the Arts, and the University of Wisconsin. Since the early 2000s, Nathanson has concentrated on a combining text and music, primarily through his band “Sotto Voce.” Among his other projects are a radio play broadcast by NPR, the song cycle “Fire at Keaton’s Bar and Grille,” and composing for monologist David Cale. Nathanson's most recent CD is called “Subway Moon,” as is his poetry book (Buddy’s Knife Editions). Nathanson is a recipient of the Bessie and Joseph Jefferson Awards for Composition and, for the past five years, has headed the music department at a New York City public school while guest teaching at Columbia University, Keene State College, New England College, and Rutgers Masters in Literature/poetry programs. 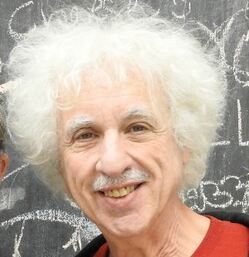 ANDREW GURIAN began making films at age 12. His early films include That Rotten Teabag (1964, 16mm), Cecile Comes to Southampton (1966, 16mm), and Radio Movie (1967, 16mm). His films have been exhibited on television and in museums and festivals worldwide, including the Metropolitan Museum of Art, MoMA, San Francisco Museum of Art, the Museum of Contemporary Art (Chicago), and WNET/Channel 13 (NYC). Gurian joined the TP Videospace Troupe (founded and directed by Shirley Clarke) in 1972. As a member he led live video workshops throughout the 70’s at the Kitchen, Antioch College, Bucknell University, Wesleyan University, and the Flaherty Film Seminar. For the TP he directed video shows at Anthology Film Archives, Young Filmakers/Video Arts, New York University, Corning Public Library, the State University of New York at Oswego, and the Women’s Interart Center (NYC). For the past decade, Gurian has created several live video performances and video installations and has collaborated with a half dozen dancers on video performances, among them Yoshiko Chuma, Marjorie Gamso, Scott Caywood, Laura Shapiro, and Leslie Satin. Gurian’s article “Thoughts on Shirley Clarke and the TP Videospace Troupe” is published in the Millennium Film Journal (Issue 42, Fall, 2004). Gurian appears in Nam June Paik’s and Howard Weinberg’s video tribute Topless Cellist: Charlotte Moorman. He has been the Film and Video Screening Co-ordinator for La Mama’s “Dance on the Lower East Side” series; and Associate Director of the Annual Avant Garde Festival of New York. Since 2007 he has been a guest artist/lecturer at New York University’s Gallatin School of Individualized Study. 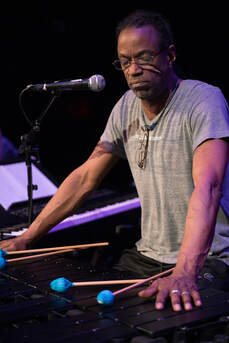 BILL WARE  is a quiet giant on the vibraphone, and a composer, arranger and band leader.  Born William A. Ware II in 1959 in East Orange, New Jersey, Ware received a Bachelor of Science, majoring in music theory and composition from Montclair State University, where he studied with Daniel Wertz and Ting Ho. Ware trained at the Harlem Jazzmobile Workshop under Billy Taylor before he embarked on a decades long pursuit of performance, recording and composition. Significant teachers and mentors include Billy Taylor, Barry Harris, Frank Foster, Jimmy Owens and Wilson Moorman. Ware has a love for teaching music that began in 1982 when he was adjunct faculty for Latin jazz bass and theory at William Patterson College for four years.  Ware also taught in 1996 in New York City at LeAp – the learning through and expanded arts program.  Ware has taught students privately since 1986. In addition to being an original member of The Jazz Passengers, Ware was at the heart of the New York City “acid-jazz” scene with Groove Collective. He toured as percussionist and vibraphone soloist with Steely Dan for the Alive in America (1993-1995) concert tour, also appearing on the live album for that tour. Ware has led numerous ensembles throughout the past twenty-five years. In the 1990s, Ware formed his first Latin jazz ensemble, AM Sleep. Also early in his career he formed the Club Bird All-Stars, taking residency in Japan and he recorded his debut album as a leader, “Long and Skinny.”  Ware formed his signature trio Vibes from the Jazz Passengers rhythm section, producing five albums in the 1990s.  More projects in that period included Ware’s Groove Thing with Deborah Harry and Keeping Up With the Jones’ in 1999, which was followed by his Y2K Jazz Quartet. 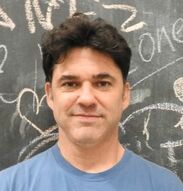 TIM KIAH is a double bass player, singer, composer, teacher and performer who studied at the Boston Boy Choir School and later at the Eastman School of Music while obtaining a degree in Nursing from the University of Rochester. He also received an MFA in Music from the City College of New York where he formed a group called Nurse Kaya to emphasize the healing nature of music. Tim has been a core member of the Subway Moon team since joining Sotto Voce in 2007. 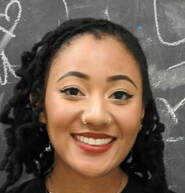 ZURI GORDON is a graduate of Brandeis University living and working in New York City. As an alumna of the Institute of Collaborative Education, Zuri participated in the first student iteration of Subway Moon (Paris, France; 2008). Zuri now works with JPMP as a board member, fundraising coordinator and teaching artist.